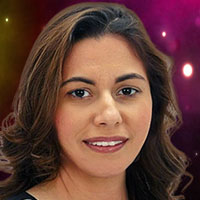 Learn the Mysteries of Your Life with Virgo99

Virgo99 is an open-minded psychic who is always looking to learn more about the mysteries of the world. She is a true believer that you're never too old to learn something new and will use her lifetime of experience to help you understand what's happening in your life.

"I will connect with you and help you to better understand your present situation and give you the tools that will enable you to bring blessings into your life. I will contact my spirit guides and look into your future. I will give you a reading you will not forget. I will prepare you to receive all the success and happiness that you deserve."

How long have you been in this profession?

I have been successfully helping others for the past 20 years. I sincerely care for my clients and it is important to me to make a deep connection with each of them. I like to let them know not only what I see in their future, but also give them information to better understand their situation. Once we determine what they want to see happen in their life, I will work with them to achieve their goals.

Even if I see something challenging, I will let them know, help them to accept it and realize that sometimes in our lives things have to happen in order to move us in another direction; a direction that will ultimately be for our highest good. So, if they lose a job, it can actually be a blessing, it can be the Universe wanting them to spread their wings and discover where they actually need to be and this is something I can help with.

What are your specialties?

I specialize in love and relationship issues but I can read for my client in any area of life. I will work with them and empower them in their love relationships and in their life. I can feel their energy level and it will assist me in picking up on them and their situation. I am clairvoyant and have premonitions. I use the Tarot cards to assist me and I love to use different types of Tarot cards during the reading.

What do you mean different types of tarot cards?

Since my specialty is in the area of the heart, my favorite deck is the love and relationship deck. Another deck that has to do with the love area is the intimacy deck. I also have a general Tarot deck, a deck I consult for career questions and an Angel deck. When I pick up on the client's energy, I know which deck to use for the situation they are experiencing.

I didn't realize there are so many different types of tarot cards.

Yes, there are many different Tarot decks. And there are other decks that can be used for reading. I feel very comfortable with the cards that I use, and feel a connection with them.

Can you explain more about your clairvoyant gifts?

When I am speaking to my client, I will pick up on what they are going through and sometimes I will "feel" it myself. If someone is feeling a bit hurt, I will feel it too. When I am tapping into their energy, it's because I want to connect with them, so I will feel whatever the client is feeling.

I was about 9 or 10 years old, the gift runs in my family. My Grandmother, God rest her soul, had a strong psychic ability, she was incredible. She was the first one to recognize the gift in me and helped me to understand it a bit more. She always encouraged me and began to really work with me on my 11th birthday. She started by showing me colors and explaining to me about auras and how to clear my mind and tap into someone's energy in order to feel what they are feeling. She showed me how to be more aware of my surroundings and tap into the energies around me. She would take time every day, for about an hour or so, to show me how to meditate and how to really become aware of my psychic ability.

Was there any event that made her recognize your psychic ability or for you to recognize it in yourself?

I never asked her that question, but since she was a really incredible person and able to tap into my energy, I feel she just always knew I had the gift. She was very in tune with me.

How do your psychic and empathic abilities affect your day-to-day life when you aren't working with clients?

You learn, and you must be able to tune it out and it's not always easy to do. If you don't know how to turn off your ability, you will be feeling everybody else's energy and what they are feeling, even people standing in front of you at the grocery store. If you can't turn it off, it will drive you crazy. I always take one day out of the week to shut down. Some other readers I know need more time but one day works for me. After I have "shut down" for a day, I can begin taking calls again with a clear and refreshed mind. I will go into my office, sit down, relax, do some meditation, light my candles and I am ready to take calls again.

Do you have any rituals that help you prepare for a session?

Yes, I have a place in my house with no television, no radio, no interference. I have a separate office where I have my candles, certain scents and incense. I just relax. Sometimes I get a pen and paper and just start drawing, it helps me to tune into my energies.

I take very good care of myself by eating only healthy foods, foods that nourish my body and also nourish my spirit.

How have you developed your gift?

My gift has developed from a lifetime of experience. Meeting different people, going to spiritual retreats and events where you meet other people. It helps to put yourself out there and be with others. I am always open to learn something new. If someone suggests that I use a certain scent or incense because it will help enlighten, I'm going to try it and see how it make me feel.

Will you share one of your more memorable sessions?

I'm not going to mention any names; I have a client whose husband left her for another woman and she was losing her kids. She was a wreck. Through sessions and helping her understand what was going on, she put her life in order. I let her know that it was only temporary and that he wasn't in the right state of mind. That tends to happen. Sometimes they get lost and lose their way. Months down the road she got her husband back, they got a nice house, she got a good job, she didn't lose her children. To me, that was a very big success story. She was so lost and so hurt. Her whole life in front of her was falling down.

I have one student who makes me very proud. He is a big success story. When he first came to me, you would think he was out of his mind. And I knew he had psychic ability. It's just that he was overflowing with it. We worked throughout the whole summer and I showed him how to balance himself. Now he's a very successful psychic and people turn to him and listen to him. When I first met him, you wouldn't think this guy doesn't know who he is. So I think it's a very positive success story, helping him harness his abilities and helping him control his feelings so that he could help others. Now he's one of the most successful male psychics working today.