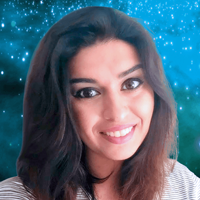 Get ready to be impressed by the extensive psychic gifts of Psychic Jackie. Her natural gifts will help you reconnect with your spirit guides and guardian angels so that you can change your life. She will answer all of your questions before you even have a chance to ask.

"I am a truly gifted psychic and advisor. I can help enlighten you and guide you in your life journey by helping you connect with your inner spirit so that we are able to reveal what's in store for your future. If you're troubled in a relationship and need answers in any of life's problems, I will use my abilities to look into your future and reveal your true destiny. At the end of our session you will feel relief and have a peace knowing what to expect and to know where your future is headed."

Will you tell me about your gifts?

Absolutely. I have a very strong ability to help people look into the future by seeing where their energy levels are and where their life path is taking them. I find the best way to begin the reading is by tapping in to the energy levels and finding out a little bit about what happened in their past to help them overcome some of the blockages that may be keeping them from the future.

I usually just like to use psychic ability versus using tarot cards. My psychic ability is the strongest. Just by being able to feel someone's energy and just understand from that point what that person is going through, I have been able to help people in many different ways by connecting with them spiritually and helping them overcome their issues that they are facing. One of the big things that I specialize in is love and relationships and reuniting loved ones when their relationship is at a lost point.

Do you only help people looking to rekindle romantic relationships, or do you help people reunite with family members?

It's both. It depends on the question that they are looking for. Many of my clients call about romantic relationships, but I have helped people who have had issues with family members, especially parents. They don't realize why their relationships are as strained as they are. I have the ability to look into someone's past and help understand some things that they may not have acknowledged at one point. I am blessed that my tremendous gift can help them receive closure to rebuild their relationships. By being able to look in their past and help them understand things that have happened is such a positive way to help them reunite with family members.

How do you receive your information during a reading?

I not only see energy in visions, but I also connect with spirit guides and angels as well. So when I'm tapping into someone's energy from the beginning, I am able to see a vision of things that took place in the past. As that reading continues, I receive messages from their spirit guides, whether it's a male spirit guide or a female spirit guide or if it's a guardian angel and I'll be able to see how that angel passed away and whether it was an illness or car accident.

I'll be able to tell the individual which is their guardian angel and which are their spirit guides to help them have a relationship. First it starts out as visions and tapping into their energy to see what's happened through their past and what's going to be taking place in the future. As the session continues, angels will sometimes appear and relay messages that they would like this individual to know. Spirit guides want this person to be more in control. A lot of people call and feel very lost and don't necessarily know which path to take, so connecting them with their spirit guide is very life changing. From that point they can feel they have more control over the things that are going to be taking place, instead of feeling off balance.

What makes a reading with you special or different?

I don't ask questions until the end of the session. I'll ask if they have any questions and what a lot of people notice is their questions have been answered through the reading. Just being able to answer questions before they are asked is just one of the very unique abilities I have by looking through someone's energy levels.

You know, energy levels tell you a lot about a person. It's able to tell you what their weaknesses are, what their highs are and what they are going through that's emotionally causing their energy to be low. Being able to tap into that is where my readings are able to go really in depth without asking a lot of questions.

I was thirteen when I realized that I had a special ability. At the age of thirteen, I started to realize that I was seeing things by looking at people. I was seeing colors around them, recognizing their aura. I was able to see angels. I was able to predict things for people I didn't know. From the beginning it was something that obviously took me aback because I was very young. As I continued to look into it, I realized that I had a very unique gift that was able to look into future and help people who needed that advice.

Was there a turning point when you saw your gift in a new light?

Absolutely. I would say I was about sixteen and I had a female who lived in my surroundings, who was was a friend who was going through a lot of different emotions with family. I was able to tap into her energy and really help her understand the abuse that she was blocking out, because her father was very abusive with her. I let her know that she needed to be open about that and express that to others in her surroundings, because that was something that she held within and didn't open up to anyone. Being able to share that with her, letting her know specific things that I felt what happened between her and her father, was a very changing experience because she knew there was no way that I could know specific things that were taking place.

From that point on, I realized that I had a gift that I wanted to share. I wanted to continue to learn through my abilities and help people who were going through something. From that point I really did start to tap into my energy and become more involved with it. I realized I had a gift that not everyone had and I really wanted to see that through. Since then I've been working on doing readings, astrology and helping people find their new path within their life. Many people become unbalanced and don't know what path to take. Being able to contact an advisor is a way to look into the future so they can prepare themselves for whatever challenges they may be facing, or whatever obstacles they may be facing to help them achieve their goals.

Do you have any rituals that help you prepare for a session?

I don't have special rituals that I use to prepare for a session, because this is something that I feel is a born gift. It is something that comes to me naturally. I always try in the morning to calm my own energies by doing my own meditation, lighting candles and burning sage to clear the air. As I'm beginning a session, there are no rituals that I do; it's just being able to tap into the energy. But every morning I do meditation through candles and sage just to cleanse the negative energy that may be in my surroundings from giving readings and going through so much with my clients.

How do you nurture your gift so that you can keep up your energy and help your clients?

Will you tell me more about your spirit guides and guardian angels?

I have one spirit guide, who is a female and I have had this particular spirit guide for the past 12 years. She has been with me and I'm able to feel her energy. She is an older soul.

The difference is that the spirit guide is there to guide you in the right direction and give you the right answers by listening to that gut feeling, which is them speaking to you. Your angels are there to protect you from harm and negative things that people can try to bring upon you.

Will you share one of your most memorable sessions?

The most memorable session, and I've had so many, but one that was very life changing for me was one that happened in person. He was a young male in his twenties. He tried committing suicide and he came to me after he tried. He was very puzzled on why he didn't die. He wanted to die and he had many scars all over his body from trying to cut himself so he would die.

When he came to me, he felt that he didn't have anybody to talk to. He didn't want to go anywhere, he didn't want to live his life any more because he was very embarrassed and lived in a small community. Working with him and letting him see his angels protected him from death, even though he tried to take his own life and didn't not succeed, that there was a reasoning behind that and that he had a purpose in this world that he had not fulfilled and he needed to fulfill that purpose. By helping him look into the future and see the woman he was going to meet, how many children he was meant to have and his career path, it gave him a better understanding of his life. I gave him a new meaning of his life.

After we worked together on several different occasions, he came back months later with a smile on his face saying if it wasn't for my advice and being able to look in the future and helping him connect spiritually, he didn't know where he'd be today. Seeing that everything came to pass for him and seeing him happy was a very strong reward. It makes what I do much better. At that point you realize that every problem is very important. Whatever my clients are going through, I will take very seriously and devote myself to them.

I've had so many tremendous sessions with clients, but that will be the one that always stands out to me. He didn't believe in himself and thought he could never be happy again. Having him come back smiling, happy and feeling free was an amazing feeling that I helped him get there. What I do for people is more than a reading; I specialize in connecting you with your spirit guides, guardian angels and your soul.