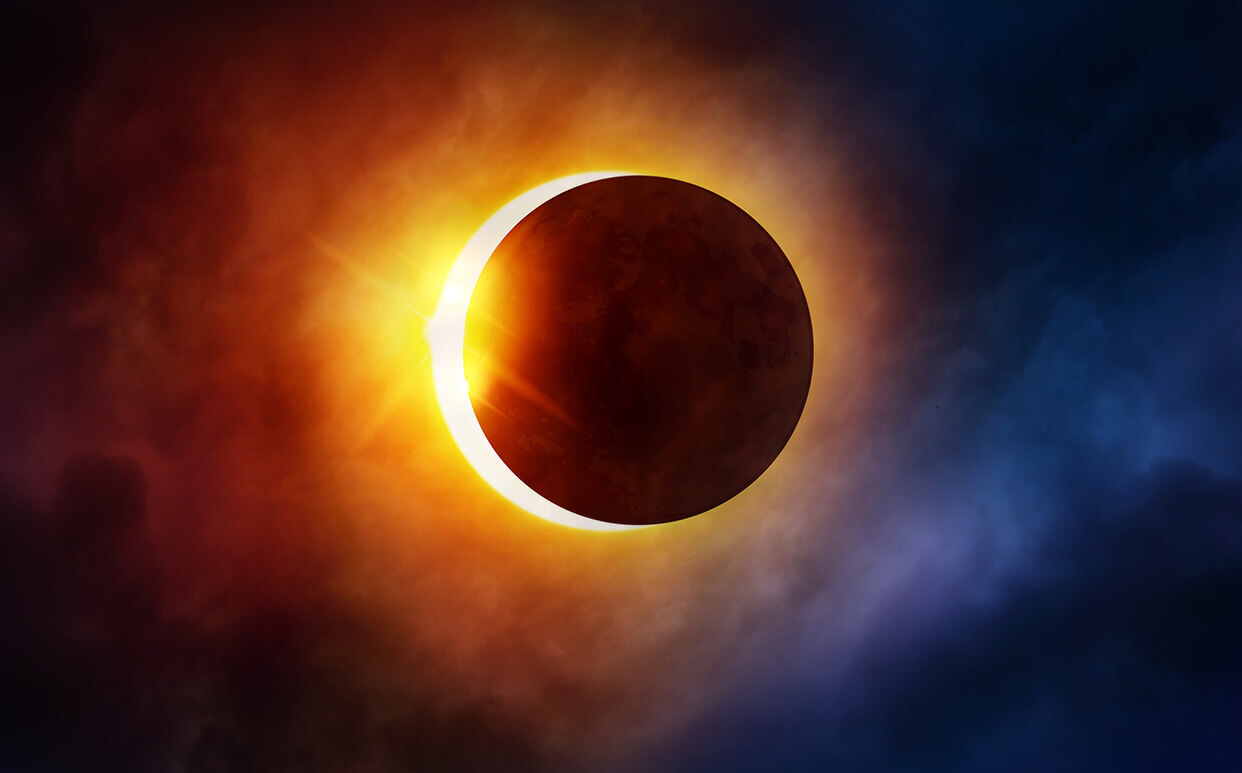 Epic cosmic events that have been observed for millennia by our ancestors, along with those just recently unearthed by our cutting-edge technology, make space a never-ending fairytale of light and awe. The mysterious expanse that is space has and will continue to inspire and dazzle us. Yet, while things such as a full moon occur every month, there are thousands upon thousands of rarer cosmic events some of us will not get the chance to experience in our lifetimes. Below, read on to find out the top five most breathtaking space phenomena—if and when will you get to witness them?

Ancient Chinese Astronomers discovered this breathtaking phenomenon in 2134 B.C.E. When the New Moon passes between Earth and the Sun, the darkest part of its shadow casts upon Earth. The event causes uncanny darkness during the daytime, which is a confusing and shocking experience for humans and animals alike! Although solar eclipses happen once every 18 months, a total eclipse is far rarer. The last Total Solar Eclipse over North America occurred in 2017, and the next will not happen again until 2024.

Every 30 Earth years, a thunderstorm beyond our comprehension and scope occurs in the Northern hemisphere of Saturn. This storm is known as The Great White Storm, and the ammonia-rich clouds cause insanely powerful thunder and lightning flares. The clouds that form are just about the length of half the diameter of Earth! So next time you witness an extreme thunderstorm here on Earth, be thankful you aren't on Saturn, where they are 10,000 times more powerful!

3. The Transit of Venus

Venus is the planet of love and delivers with a fantastic cosmic event. The transit takes place every eight years; however, every 110 years, the transit occupies a specific position that makes Venus appear as a black disc in the Sun's mighty shade. Astronomer Jeremiah Horrocks discovered this event in 1639, which led to some crucial conclusions about the distance between the Sun and Earth.

The Leonid meteor storm is a true sight to behold. Occurring only once for fifteen minutes every 33 years, this meteor shower results from Earth passing through the orbit of comet Tempel-Tuttle. Although it is believed that our ancient ancestors were aware of this cosmic event, it was not “discovered” until 1833. So, if you missed the last storm in 2002, save the date for 2035. Then, you will be witness to thousands of meteors passing through Earth's atmosphere—that makes for some bright colored star rain!

Although we do not have the best view of this extremely rare and sacred ancient event from the perspective of Earth, it had to top the list! This cosmic cycle has had much spiritual and religious significance bestowed upon it for millennia. In the Milky Way, an average of 2 to 3 planets or large planetary objects occupy the same region of space at a time; to double that number is auspicious and breathtaking. The last time the moon and these planets aligned was in 2000, and the next occurrence won't be until 2040.

A bright full moon or a full-blown meteor shower, there is no denying that space is home to an eternal canvas for our imaginations. So, what cosmic events are you marking down on your calendar?