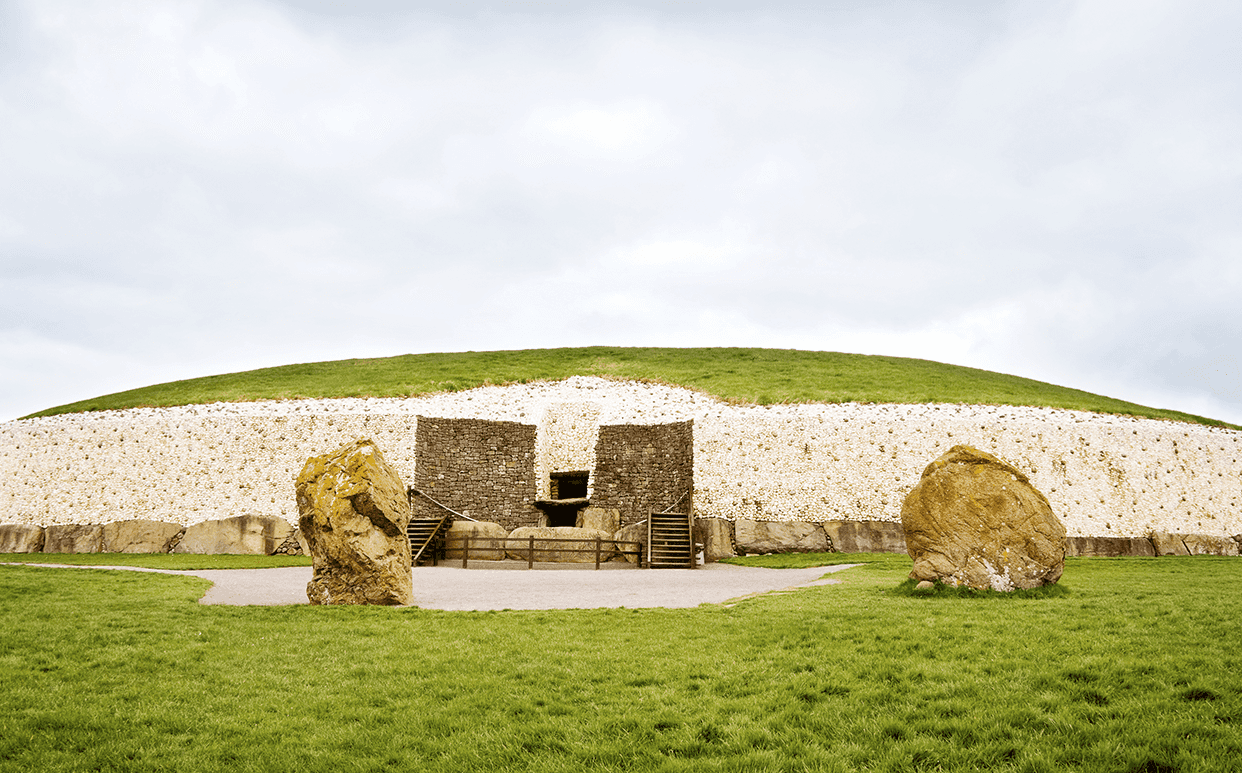 When the rest of the world thinks of Ireland, it sees incredible green pastures and hears tales of leprechauns and treasures at the end of rainbows. What most don’t know about Ireland is its rich and complex ancient culture that pre-dates some of Egypt’s most famous ruins. Surviving burial and passage tombs, ancient pagan carvings, and ritualistic remains offer compelling mysteries—and amazing views—all across the modern Irish landscape. The captivating mixture of Celtic, Roman, and Christian influence make these top points of interest a must see for any visitor. Be sure to examine the richness of their mystery before you add these top ancient sites to your travel itinerary.

The Hill of Tara is located just north of Dublin and is considered the inauguration place and seat of the ancient High Kings of Ireland. Roughly 30 ancient ruins can be seen in Tara today. One of the most impressive structures is the Mound of Hostages, which is a passage tomb whose chamber illuminates every Samhain and Imbolc. Experts estimate that the mound holds 250-500 human remains. Some of the excavated remains were laid to rest with jewelry and tools made from bronze, which suggests they had some importance. Without any additional evidence, experts cannot say who these people were or why they were buried at this highly important landmark.

Not far from the Hill or Tara, the Loughcrew Cairns is home to the “Witches’ Chair.” Locals say that the cairns were built by the monster woman who once ruled the area. The ancient Gaelic name for the site at Loughcrew translates to “Hill of the Witch” or “Hag’s Hill.” Legend states the witch tried to rule all of Ireland and thought she could do so if she constructed a site for all of Ireland to behold in awe. After arranging the stones for all three major cairns at the site, she fell to her death as she was constructing the fourth. Whether it is a fact or fiction, it is hard not to beware of the witch while visiting her chair and ruins. Visitors say that if you respect her work and sit upon her chair to make a wish, she will mysteriously grant it.

Another significant surviving passage tomb is located at Newgrange and is full of many mysteries that continue to baffle experts. The monument is dated around 3200 BC, making it older than both Stonehenge and the Egyptian pyramids! Plenty of human remains and grave goods were excavated from the site, but what is particularly interesting to archeologists are the white quartz cobblestones with mysterious carvings at the front of the tomb. Some believe that these markings are pure decoration, but others think they represent something more mysterious. The circles, spirals, arcs, and parallel lines may point to ancient rituals and other ceremonial activity at the site. Many of the stones with this art are mostly buried beneath the ground, making them even more mysteries to visitors and researchers alike!

Whether or not you believe in ancient Irish folklore, there is no doubt that some of the surviving ruins continue to spark curiosity today—and will for many more centuries to come!