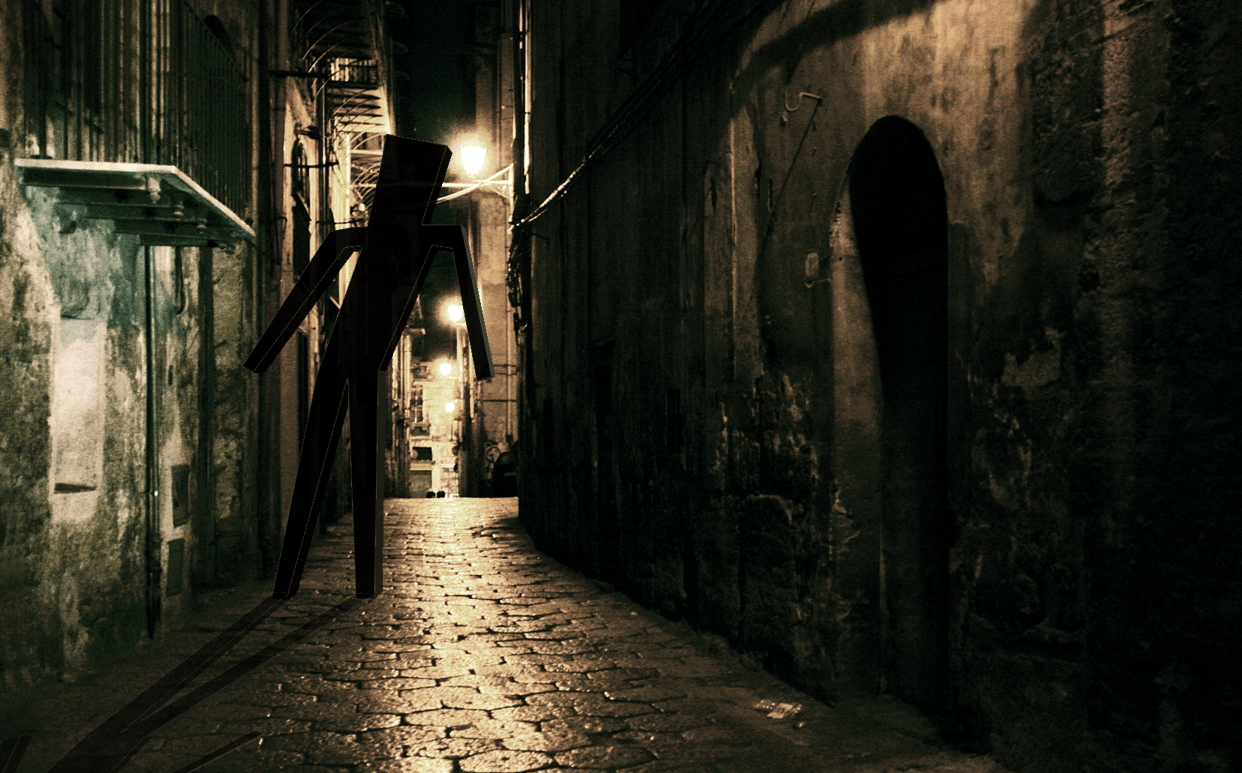 What do hand drawn portraits of people by children and by our ancient human ancestors have in common? In both instances, people are represented as stick figures.

Although evidence of stick men goes back in history through depiction in art, black stick men did not become a paranormal phenomenon until very recently. So recently, in fact, that the first published work on black stick men was not until 2009 and popularity of these fascinating beings did not take off until 2012. It has largely arisen from multiple accounts of modern day sightings by the general public.

Eye witnesses of black stick men state that the figures look exactly like a 3 dimensional version of a stick person, perhaps drawn in solid black ink. Generally, witnesses also report an extremely tall, thin stature and a lack of facial features or clothing.

My question is, if these are essentially genderless sticks, why are making them all be males by calling them stick men? As it turns out, other people wondered the same thing and asked some of the witnesses. What was their answer? The black stick men just, “felt like males.” Fair enough. Personally, I still like the good old catch all term “stick figure.”

One witness described a single black stick man as having a, “loping gait” when he walked and yet another person diverted from the no clothing norm and swore the stick man was wearing a top hat. The most commonly accepted theory to date is that these dark waif like creatures are beings from an alternate dimension or from another universe. This idea really sparks the collective imagination. And, it makes me wonder if maybe the top is universally attractive, after all?

Geographically, the only reported sightings of black stick men have been from North American and European countries. The stick men frequently appear around dawn or dusk and have often been seen with automobile headlights while driving during these low light times of day. Luckily, this far no car accidents were caused by these out of the ordinary sightings.

A few assumptions have been made about there being a link between these bizarre black stick men and black eyed children. Honestly, besides both types of sightings being creepy, unsettling and bizarre, I see nothing in common with these two paranormal happenings. Perhaps just the word “black” and the ideas of possible alien origins are what have been tying the two of these types of beings together in the public’s minds.

Sadly, there is not a lot of information available out there about black stick men, since they are such a newly emerging facet of unexplained phenomena. But, one thing is for sure, my interest is seriously peaked and I will be keeping myself up to date and listening for more updates and sighting of these mysterious, exciting and somewhat disturbing sightings.

And, after all, who knows? Maybe you or I will see a black stick man for ourselves someday! The next time I drive at dawn or dusk I will definitely have a sharp eye out for any black stick figures on the horizon in one of their prime locales, here in North American.