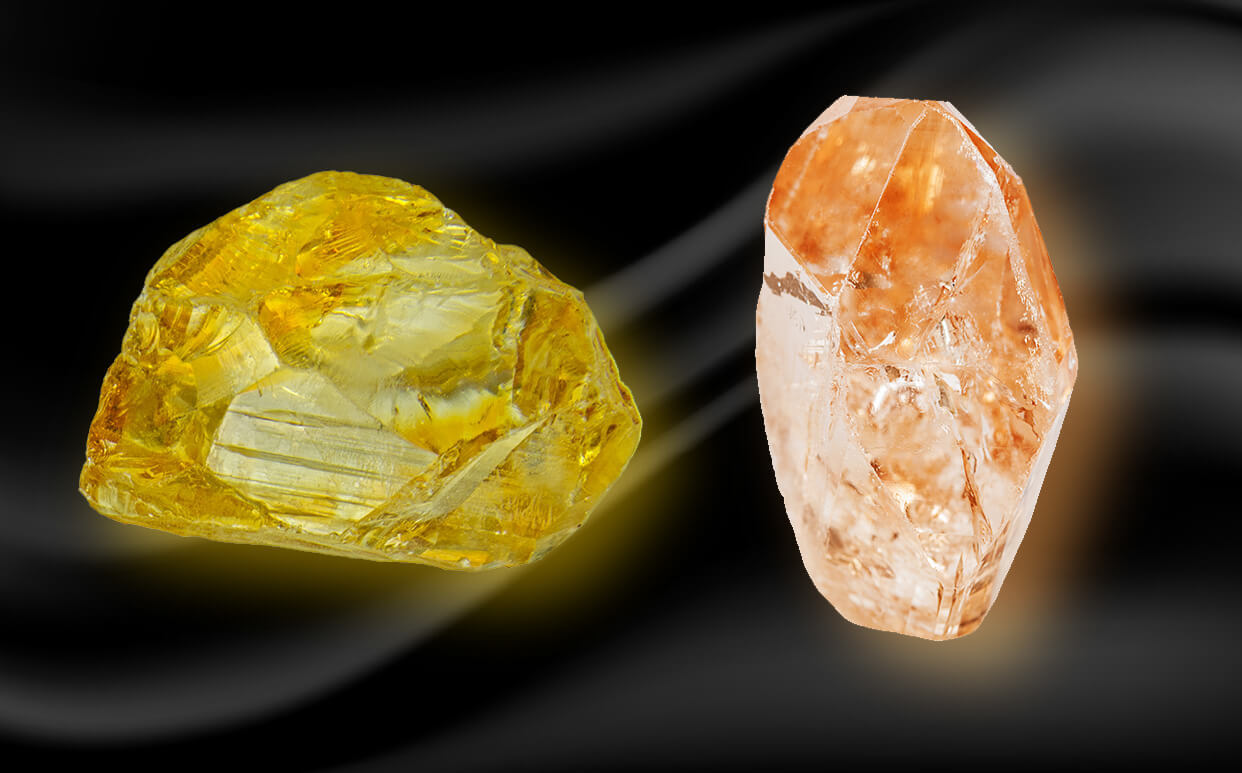 All Scorpios and some Sagittarians are November babies, which makes topaz and citrine their two birthstones. Both of these alluring, transparent gems grant spiritual benefits to anyone born in the eleventh month of the year.


But, with more knowledge of the physical comes more understanding of the metaphysical. Become better acquainted with the history, science, physical attributes, and spiritual meanings of topaz and citrine with this look into November's beautiful birthstones.


Since blue topaz is December's birthstone, you may be surprised to see topaz listed as November's birthstone. However, topaz comes in a vast array of other opulent colors ranging in a spectrum from colorless to pink, brown, and orange. Any hue other than blue is known as Imperial topaz and are the best stones for November births.


The types of spiritual assistance Imperial topaz stones offer are based upon their color. Pink topaz is highly prized for its help with the users' romantic love life, while yellow topaz is held in high regard for its capacity to unite families and promote peace at home. Clear topaz, also known as white or silver topaz, is preferred by psychics and animal communicators because of its power to elevate unspoken thoughts and feelings.


Discovered in Brazil, Portugal, and Russia in the 1700s, Imperial topaz jewels bedecked the royalty of the 18th and 19th centuries. First found by surface mining, topaz mines are still active today in Russia and the USA, Japan, Pakistan, Norway, Italy, Australia, and Mexico. The biggest topaz found thus far is the El Dorado. Weighing in at over 13 pounds and with more than 30,000 carats, the El Dorado is from a 1984 Brazilian dig.


Scientific analysis rules topaz as a hydroxide aluminum silicate mineral, which also contains fluorine. Mineralogists once believed topaz crystals could only be found in igneous rock formations. Yet rare occurrences of topaz forming in sedimentary rock are now known to exist.


Citrine is so stunning people use it to celebrate thirteenth wedding anniversaries. It boasts a stunning see-through tannin of yellow and brown, much like a cold glass of iced tea. Prevalent in jewelry since worn by Queen Victoria in the 1800s, Gemologists began creating imitation citrine out of February's birthstone, the amethyst, by heating it until it changes color from purple to a golden yellowish brown.


With a chemical composition of silicon dioxide, this makes citrine a variety of quartz crystal. Unlike other kinds of quartz, citrine is very rare, hence the need to produce human-made versions. Yet, despite their elusiveness, producing citrine mines are in Brazil and Zambia, yet citrine is also present in Madagascar and Russia.


The spiritual significance of citrine should not be underrated. Precisely aligned with the solar plexus chakra, citrine also holds the unique power to cleanse all your chakras. Spiritualists and crystal healing experts agree that citrine is the ideal stone for attracting wealth and increasing financial gains.


To conclude, you now hold the information you need to select and use these two gemstones. Remember, since you are a November baby, Imperial topaz and citrine are here to assist you. Try them for yourself to see what they can do to improve your life!