Get in Tune with the Birthstones of June 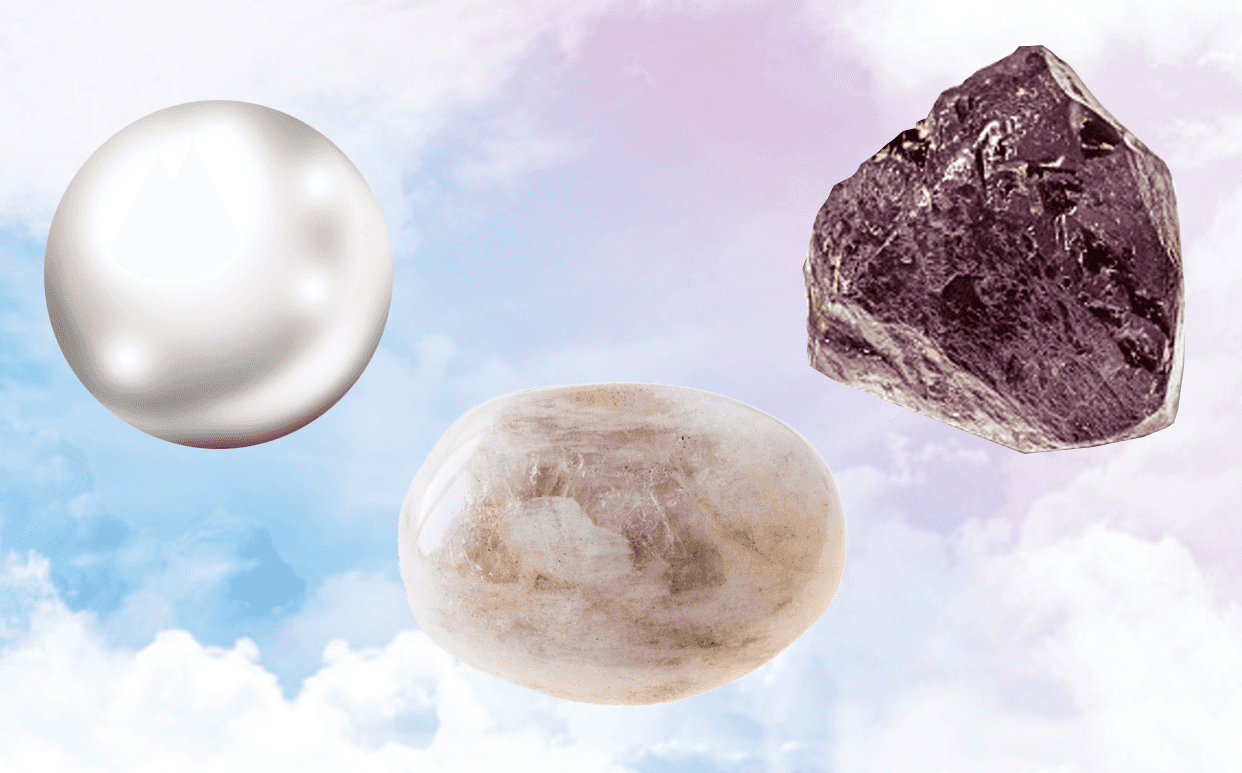 All Geminis and some Cancers are born in the summer month of June. In addition to their Zodiac signs, those with birthdays in the sixth-month share three special birthstones in common. They are pearl, moonstone, and alexandrite.

So, just what do these three birthstones represent? Where do they come from? And what do they look like? Find out with this June gemstone guide!

Pearls are naturally formed inside saltwater dwelling pearl oysters and within other bivalve mollusks such as freshwater mussels. Known as the jewel of the sea, ancient Roman and Chinese cultures prized pearls and fashioned them into jewelry as early as 2300 B.C.

Today, nearly all pearls are farm-grown. To help create them, people insert a tiny irritant inside the shell. The animal then coats it over and over again in a substance called nacre to lessen the irritation. The result is a beautiful pearl.

They come in an almost infinite variety of colors, with the most traditional one being a glossy, opaque white. Pearls symbolize purity, loyalty, and integrity, and they also elevate your levels of harmony and balance.

A type of feldspar made up of a variety of minerals; moonstone is in a class of its own due to its unique property called adularescence. The composition of the crystals causes a visual characteristic in which light bounces off the interior of the stone, making it glow from within.

Many moons ago, ancient cultures from as far back as 2,000 years ago thought moonstones were made from moonbeams. Its real power was said to come to pass during the full moon. In the early 1900s, the Art Noveau movement repopularized this otherworldly stone. It was again revitalized and had people mooning away for it in the 1960s.

Mined primarily in Switzerland, this illuminating stone may make you bay at the moon with lunar-influenced love. Why? You could have an enhanced emotional state created by the gem. Increased intuitive abilities and inspiration are also well-known attributes of moonstone.

Amazingly, alexandrite metamorphosizes from green, resembling an emerald, to red, mimicking a ruby, depending on the time of day. This alteration between hues reflects the altered mood you can experience from wearing this type of crystal.

Alexandrite is a good omen gemstone which enhances your ability to have positive dreams at night and an increased willingness to break free from your usual routine during the day. This combination enables you to take chances on new things which may dramatically improve your life.

First found in 1830 in Russia, and named after the former czar Alexander II, mining of this color-changing gem continues in Brazil, Sri Lanka and parts of East Africa. Made up of an incredibly rare mineral called chrysoberyl, it is so valuable; it is more expensive than rubies or diamonds.

To recap, this June, gain pearls of wisdom from pearls, be over the moon with moonstone or shed new light with alexandrite. Any of these three lovely and stimulating stones are sure to boost your birth month and beyond.