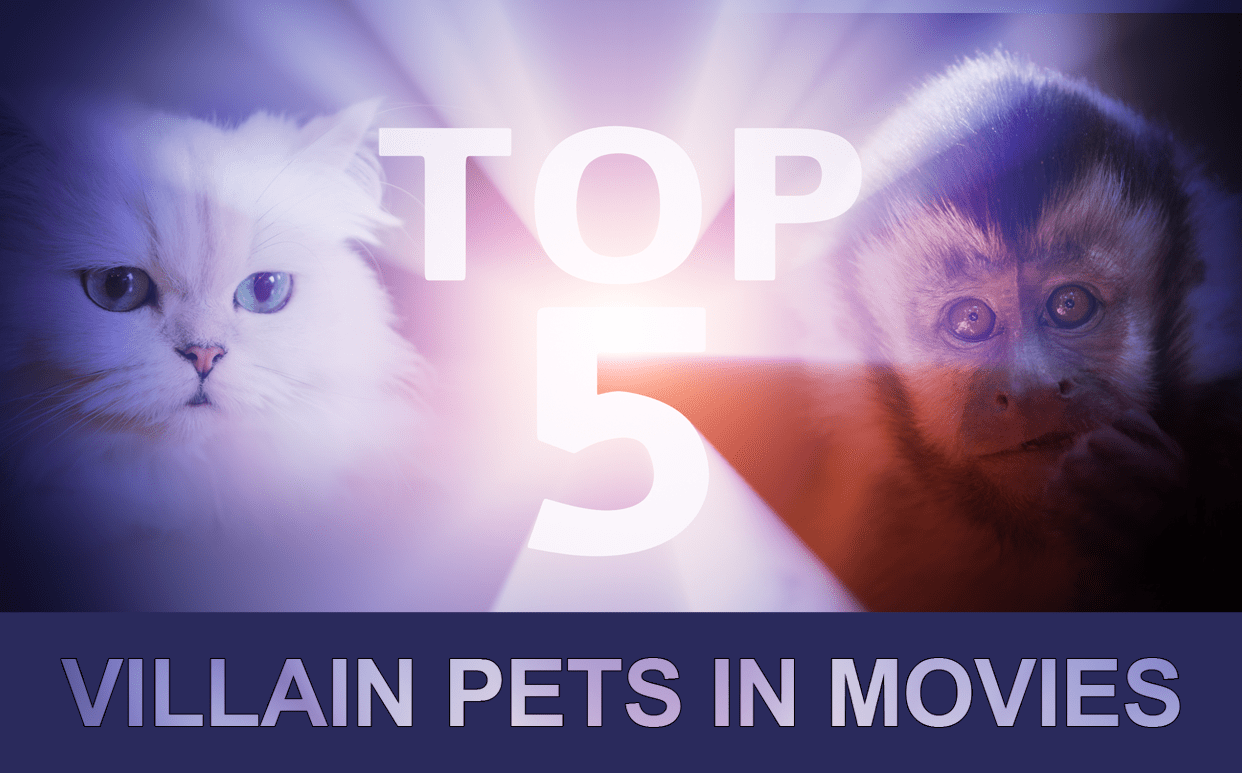 Wicked killers, expert criminals, and devious schemers… sometimes movie-goers don’t want to admit their favorite movies would not be the same without a villain’s plot twists and cliff-hangers. Whether you hate to love them, or love to hate them, being evil is not an easy job and every villain needs all the help they can get. Here is a list of the top five movie villain pets of all time—in all their furry, sinister glory.

The Nazi Monkey (Raiders of the Lost Ark)

The Monkey Man is an informant hired by Nazi agents in the film Raiders of the Lost Ark of the Indiana Jones franchise. Equipped with an eye patch and a penchant for evil, he also has a sidekick spy—a Nazi-saluting Capuchin monkey. The monkey is adopted as Indiana Jones’ and Marion Ravenwood’s pet, not knowing the monkey’s true intentions. After tipping off German troops to their whereabouts and causing Ravenwood's apparent death, the monkey meets his end when he eats a poisoned date intended for Jones.

Mr. Bigglesworth is the hairless pet cat of Dr.Evil in the Austin Powers series. He was originally a long-haired white Persian, but after being forced into a hasty escape in a cryogenic capsule, all of his fur falls out making him permanently bald—just like his scheming master. Cats make infamous villain pets, known for their cunning and cold ways. Without his feline-doppelgänger, Dr. Evil would not be as memorable of a villain as he is today.

Iago is Jafar’s notorious pet parrot known for his notorious greed of treasure and gold, for which he goes through adventurous lengths to acquire. Speaking perfect English, he is often mimicking other characters, though no one suspects him of such intelligence—and evil. Iago is often put in situations of deciding between saving himself or doing the right thing. His guilt always leads him to do the latter, usually costing him his precious treasure, something he always regrets after the fact.

Flotsam and Jetsam (The Little Mermaid)

Keeping with the Disney theme, Flotsam and Jetsam are the loyal, villainous eels that keep Ursula company in her dark, deep-sea cave. Throughout the movie, they are commonly seen encircling Ursula as she masterminds her plan to steal Ariel’s beauty. They also convince Ariel to visit Ursula, which sets her evil plan into motion. Slick, jagged-toothed eels cannot be denied as bonafide villain material.

Danny DeVito’s rendition of the Penguin is one of the most remarkable villains in the franchises’ history terrifying many while scarfing down fish in his sewer domain. Although you might not immediately think penguins are exactly evil, after seeing this movie, many minds have been changed forever. His army of killer penguins is also something of pure terror. Strapped with missiles on their backs, they will mindlessly do whatever their master demands, even if it means exploding in the name of evil. Without his pack of followers, he may not have had the same amount of flipper-powered malevolence.

Next time you give all the credit to your favorite movie-villain, consider if they had a helping hand from their furry, feathered, or fishy friends. These villains have many thanks to give to their helping hands who make them more infamous evil-doers.