Does Your Pet See Ghosts? 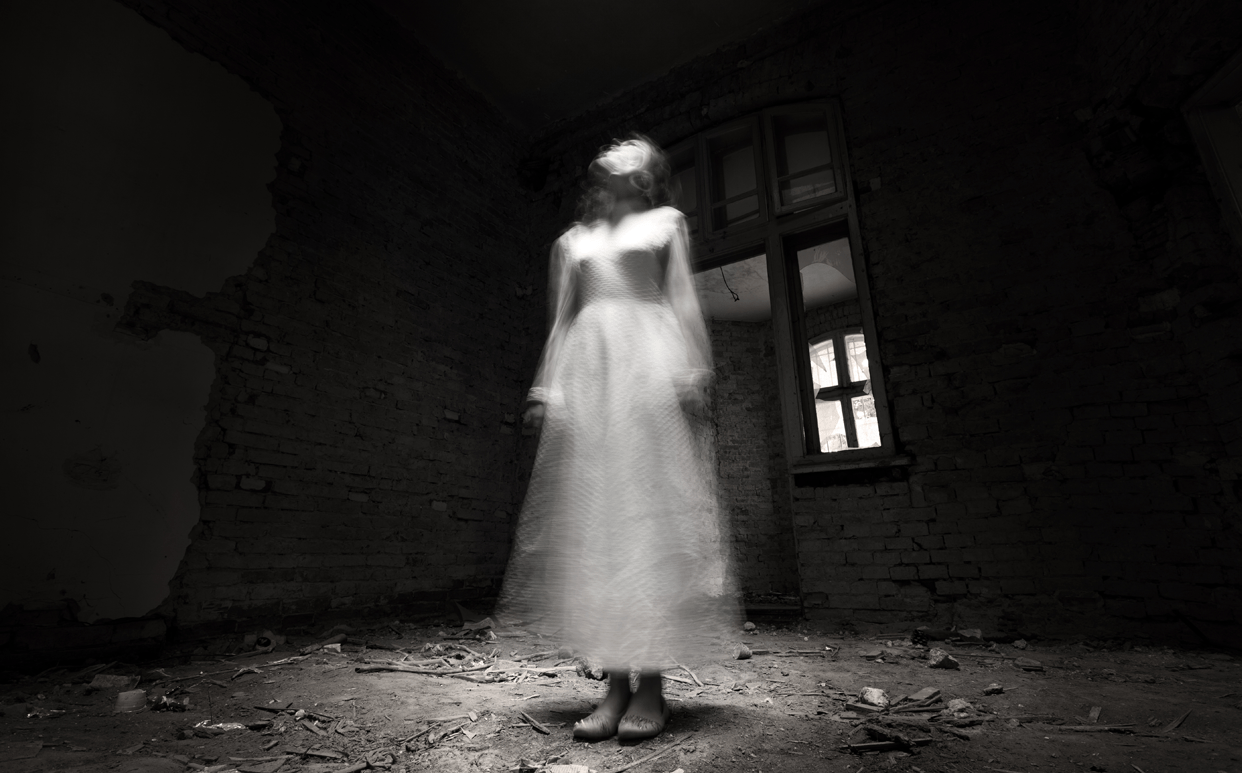 Most people have heard the superstition that if you look between a dog or cat’s ears at midnight, or when they are looking at a ghost, you will see an apparition. This anecdote has several different versions, but I’ve tried it myself and it’s never given me results.

There is much speculation as to how much of what is unseen by the human eye can be seen by our beloved furry friends. Many dog owners attribute bad barking behaviors to supernatural events as their dogs just go berserk at what appears to be nothing. Then, when the owner investigates, they find themselves in an odd patch of cold air that makes them shudder. This leads them to think something paranormal was present.

I feel like my pets may sense the proximity to otherworldly things because of one stand out event I witnessed. My grandmother was ill with Alzheimer’s and Cancer and I was caring for her in my home. Hours before her death she was sitting up in bed pointing at a blank wall but not saying anything that made sense. My three dogs and one cat, all of whom she didn’t like (the feeling was mutual from them too), unusually congregated together in her room all staring at the invisible spot that she continued to point at. My three dogs barked in that direction as if everything they ever hated was culminated in that spot and my cat just sat next to them twitching his tail as if to sort of silently join in with the barking chorus.

After ushering my pets to another part of the house to quiet them down, the lady from Hospice who was there helping me and my grandmother told me that we must be nearing the end as she sees this type of thing all the time. She said that in many occurrences right before death, the dying person sees someone that has come to escort them to the “other side” and the resident pets go ballistic in the same manner they would if the UPS guy was delivering a package. A good chunk of Hospice volunteers vouched that this was commonplace behavior and my grandmother did slip away just a few hours after that odd encounter.

Obviously animal senses go beyond what we know as dogs can sniff out drugs, bodies and tumors. Maybe you’ve heard the story of a cat that lives in a nursing home and does the angel of death scenario with the patients. The cat doesn’t kill them, of course, but it seems to know when their time is up and it lays next to them purring until after they are gone.

Cats and dogs definitely have higher senses to electromagnetic activity than people do and clearly they can pick up sounds that we can’t. I hope they’re there for me at the end as I’d feel honored if the last thing I hear is a cat purring.