The Evolution of Courtship from the Ancients to Today 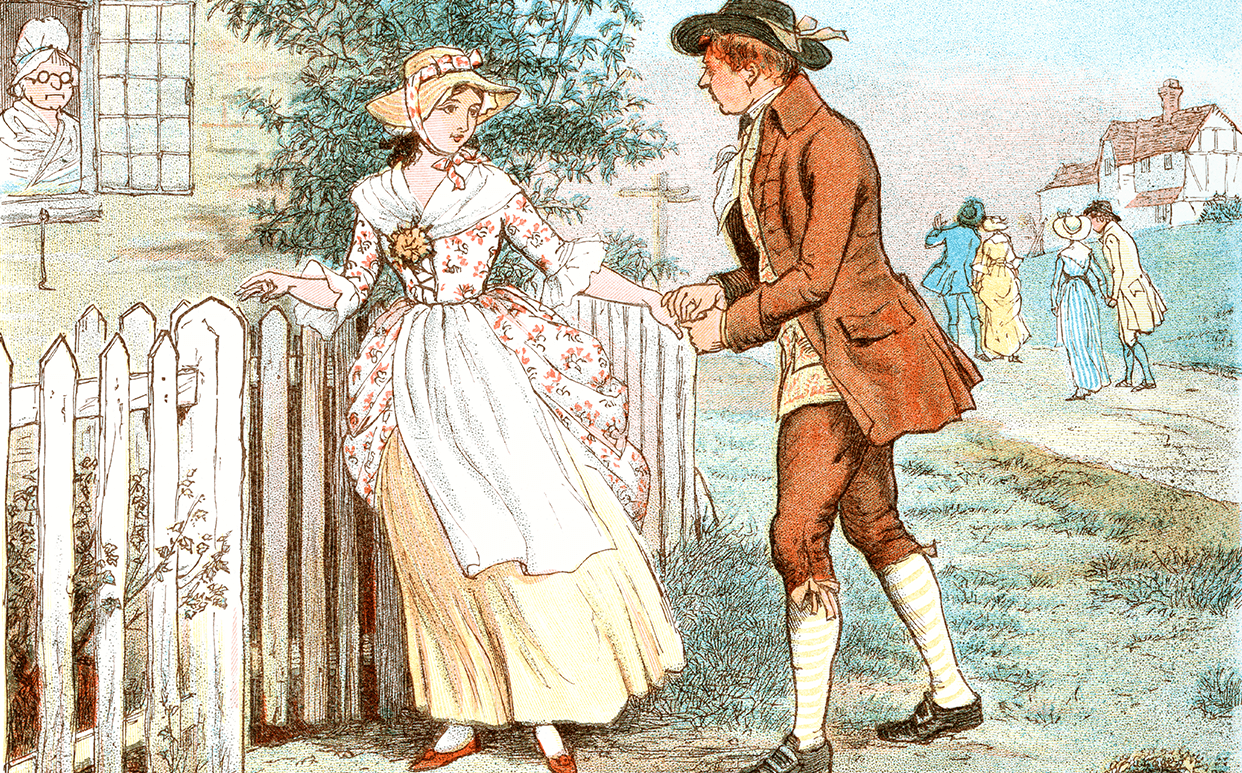 The Evolution of Courtship from the Ancients to Today

How and why do we love the way we do today? The idea of coupling and courtship has reached new extremes over the centuries. Dating apps, mail order brides, and speed dating—each of our modern-day rituals come with do's, don'ts, and extensive rulebooks. Do these new rituals have any resemblance to ancient practices? Modern romance might not seem as crazy when you read about these extreme ancient dating rituals and attitudes towards romantic love.

Today, marriage is a ritual of uniting two separate halves to make one whole. Some couples spend thousands of dollars to make their wedding day one-of-a-kind and memorable. Honeymoons, bridal showers, bachelor parties—our modern conventions of marriage are elaborate and more than just a simple contract between bride and groom. This disconnect is why it might be shocking to realize that civilization's first marriages were not about a love match but rather about capture!

In up-and-coming civilizations such as Rome, there was often a lack of sexually mature women. This shortage would cause men to travel to nearby villages and kidnap women of age to increase Rome's population. The word “honeymoon” comes from a rather unromantic source. When the mourning village would search for the kidnapped woman, she and her captor would go into hiding. As the moon went through all of its phases, they would drink a honey brew called metheglin to stay nourished.

Coupling to raise the population or to forge economic, political, or property alliances was the way of romance in our ancient times. So, how did we get from this to boxed chocolates and red roses?

The Medieval age formed many of our modern ideas of romance. As a response to arranged marriages being loveless and frequently oppressive, those living in Medieval times started incorporating poetry and grand stories of love and virtue on the play stage. In addition, knights would often wear a garment from the woman they loved during matches to show his devotion to her. It's these romantic notions that survived and inform how we love and how we show our dedication to our partner today. During this period, however, the primary motivation for marriages were still alliances that would benefit the couple politically or financially.

What the Victorians Did to Modern Romance

When we hit Victorian times, the most significant shift in coupling starts to take place. Victorians believed that romance is the essential prerequisite for marriage. When gentlemen wanted to woo a woman, he would sometimes have to wait months for the proper time to make his feelings known. Once formal introductions were made under the watchful eyes of parents, the new couple's relationship was still restricted. It was often not until the wedding night the couple had full privacy to consummate the marriage. The foundation of a typical Victorian-age couple, however, was founded on the idea of true love and not just a business transaction between families.

Not always so romantic, our coupling rituals have seen their fair share of makeovers over the centuries. It is only a matter a time before our current romance rituals transform—again!