What You Need To Know About Mardi Gras 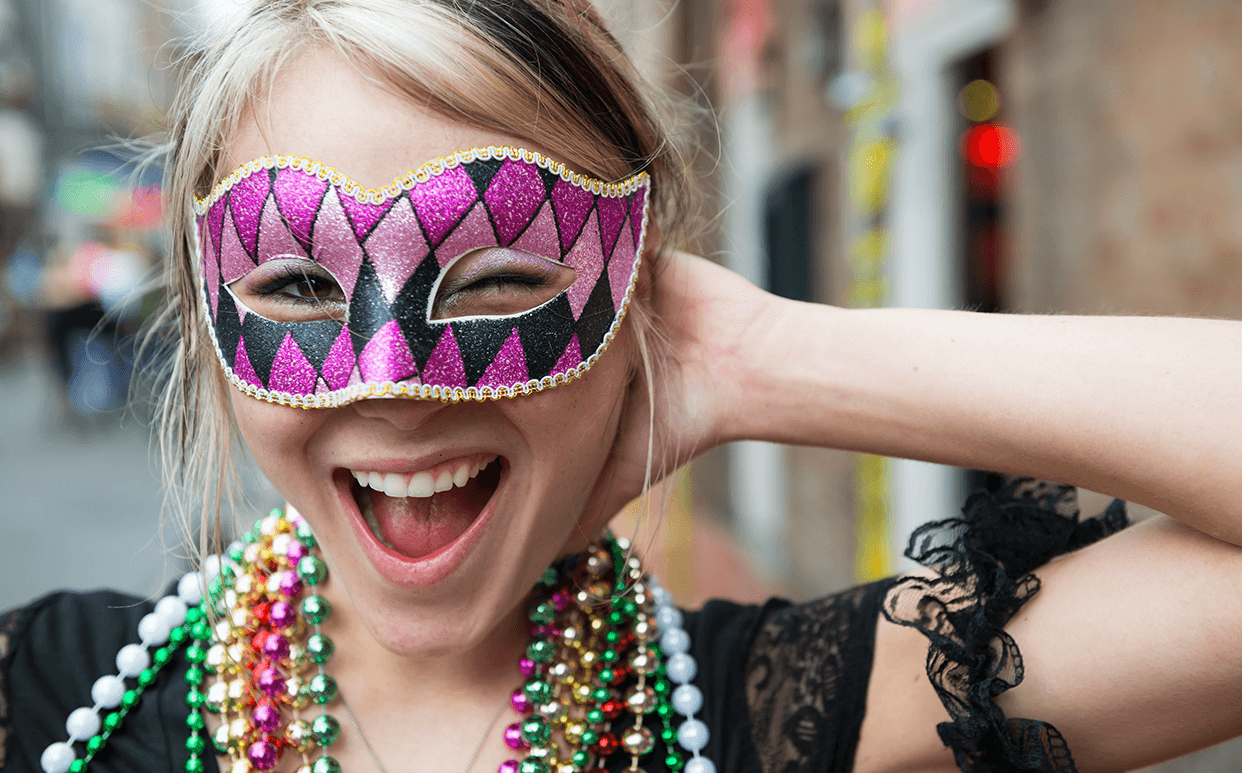 High-spirited parades, mysterious masquerade masks, and tons and tons of colorful beads—almost all of us are familiar with the Mardi Gras celebration package. However, fewer people know the true origins of the holiday. Drawing thousands upon thousands of tourists every year to places such as New Orleans, Brazil, and Venice—there is much to learn about how and why we celebrate Mardi Gras since Rome’s pagan era. Here is all you need to know before gearing up with beads this season!

Where Does Mardi Gras Come From?

By the time Christianity entered Rome, prominent religious leaders had incorporated these ancient pagan celebrations into the new monotheistic faith rather than erasing them from Roman culture altogether. What resulted was what now more closely resembles modern celebrations of Mardi Gras, which takes place before Lent. The festivities are supposed to be an opportunity for Christians to indulge in rich, fatty foods along with other overindulgences—before the ritualistic 40 days of fasting.

What Does “Mardi Gras” Mean?

Mardi, French for Tuesday, and gras meaning fat is linked to the activity of indulging in foods such as cheese, dairy, fatty meats, and lard before fasting. What you get in the French language is a holiday aptly named “Fat Tuesday” preceding Ash Wednesday, the first day of Lent.

In the decades that followed, more and more French settlements began commemorating the holiday with parades, masked balls, and lavish dinners. When the Spanish conquered New Orleans, they abolished all of the French’s lavish celebrations until 1812, when Louisiana became a U.S. state.

In 1827, a small group of enthusiastic students danced in the streets in colorful costumes emulating the Mardi Gras celebrations they’d witnessed while they visited Paris. Ten years later marks the first officially recorded Mardi Gras parade, a tradition that gave rise to Mardi Gras as we know it today.

Mardi Gras Celebrations Around the World

New Orleans is not the only place you can find vibrant Mardi Gras celebrations. Places such as Brazil, Canada, and Italy attract many tourists with infamous parade floats and masquerade balls. Wherever there is a decent Roman Catholic population, the lively celebrations are surely not hard to find.

Before you put on your mask and beads and head toward the streets, be sure to understand the complex origins and rich history of a genuinely unique and resilient holiday!