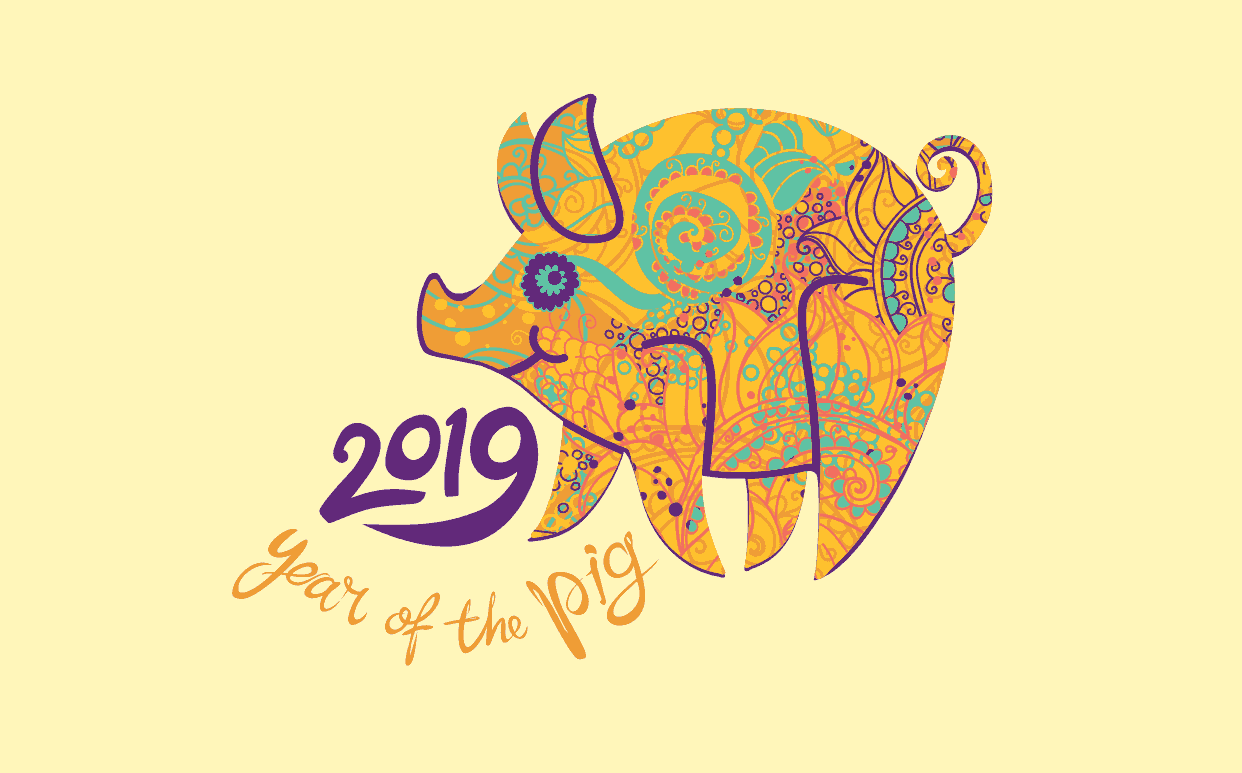 In 2019 the Chinese New Year is the year of the Pig, meaning those born in a Pig year will experience pitfalls and tough situations. Traditionally in Chinese astrology, one’s zodiac sign is their most unlucky year and will present challenges they must overcome. The year following one’s zodiac year is often the opportunity to bear fruit from the labors of the previous year.

Those born in the year of the Pig allow themselves to enjoy life and are often found indulging in entertainment or other possessions that make them feel happy. This indulgence is interpreted as being materialistic at times, but obtaining what they want is an excellent motivation for them to strive for bigger and better things. Energetic and always gregarious, the Pig does well in positions of power and high status.

Men born in a Pig year are gentle and look on the bright side of any situation. Often, this builds a sizable social circle where they are well liked and held in high esteem. However, they are gullible and easily taken advantage of, which can result in misfortune.

Women born in a Pig year are full of joy and excitement for life. Social events are their calling and where they thrive. Being so gregarious get them into trouble though—and they can sometimes neglect to give those around them their personal space.

Lucky and Unlucky Things For The Pig

The best zodiac years for the Pig are the Tiger and the Rabbit. The Tiger will offer the security that the Pig desires at the other end of social interactions and material possessions, while the Rabbit is charmed by the Pig’s easy-going attitude and charm.

Pigs are least compatible with Snakes and Monkeys. Their clashing personalities and focuses in life might make them difficult partners.

Pigs In the New Year

Despite one’s zodiac year typically resulting in obstacles, the Pig will experience some successes during their year. However, the main focus for the Pig should be to “stick it out” through tough situations. After all, luck is determined by good timing, and the Pig should not feel frustrated by any derailments that will happen this year.

As far as their health is concerned, the Pig should focus on healing small ailments before they can potentially turn into more significant issues down the road. It is not a time to be lazy—and prevention is everything!

Pigs tend to be confrontational regarding conflicts that may arise in any area of their lives be it their career, love life, or family relationships. During this year, the Pig must be wary of this tendency to fight and instead sit back and gain insight into the larger issues underneath the surface.

If you or someone you know was born in a Pig year, make sure to gather the strength necessary to fight and overcome obstacles calmly and intentionally to ensure a bountiful reward in the future!