Celebrating Shavuot: The Feast of Weeks 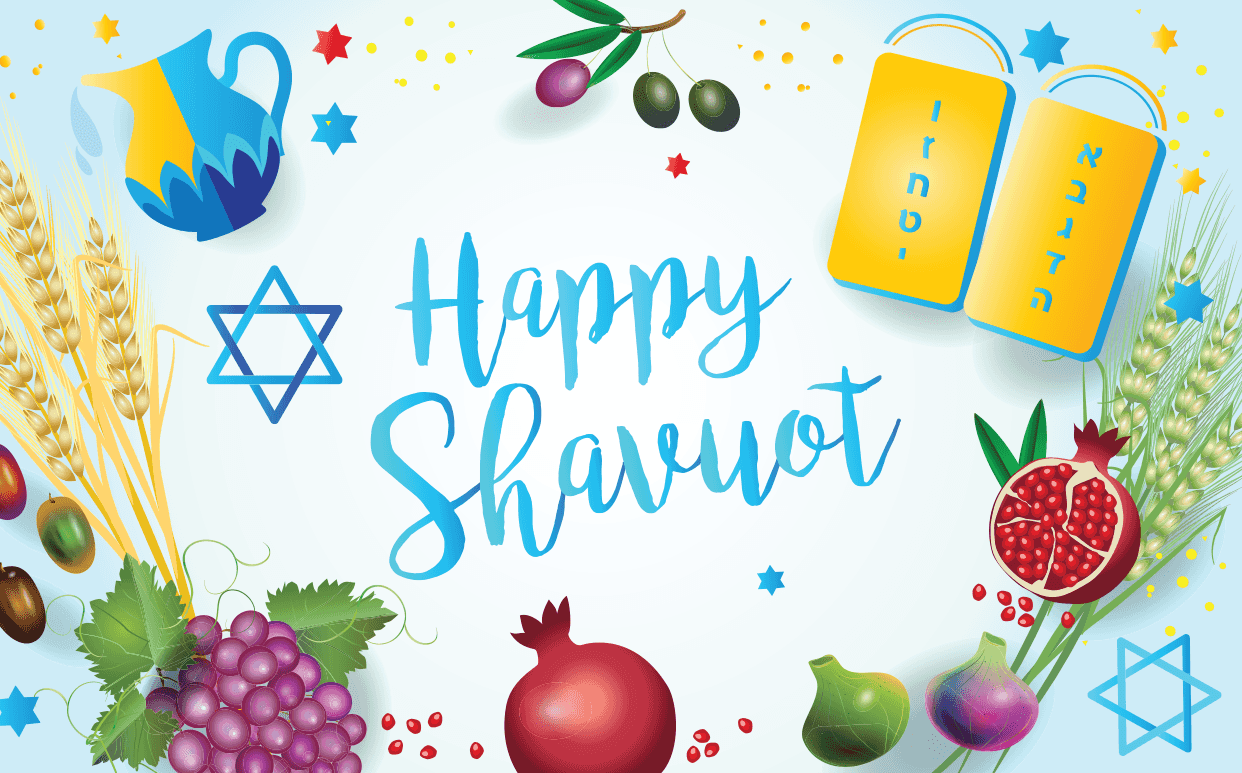 Shavuot is a Jewish holiday commemorating the receiving of the Torah on Mount Sinai and is one of three major pilgrimage festivals in the Jewish faith. The word Shavuot means “weeks” and signifies the completion of the Omer, which is the time between Passover and Shavuot, which occurs fifty days after the first seder of Passover (Pesach). This period is called Counting the Omer and includes a specific blessing and counting of the days. These rituals build a connection between Passover, which is the commemoration of the exodus from Egypt and Shavuot, which is the commemoration of when Moses received the Torah on Mount Sinai.

The Significance of Shavuot

Shavuot is a significant holiday commemorating God giving the Torah and the Israelites accepting it. It is often seen as a time of rededication and renewing the commitment to live by the laws handed down in the Torah.

The History of Shavuot

After the exodus from Egypt, the Israelites prepared to receive the Torah. When it was finally time to receive the commandments, they were so excited to receive the Torah that they all went to sleep the night before receiving the laws and had to be woken by Moses. The scripture shows that this act made God wonder why no one was there to receive him and is the basis for the late-night reading of the Torah, Tikkun Leil Shavuot to make up for the ancient mistake.

In addition to celebrating when the Jewish people received the Torah, Shavuot has early connections to the ancient grain harvest. The holiday also marks when farmers were able to take the first of their grain crop to the temple.

As a pilgrimage festival, many holiday rituals take place within the community, such as the synagogue, instead of personal houses. One central tradition to the holiday is an all-night reading of the Torah, Tikkun Leil Shavuot, which happens after the meal when everyone returns to the synagogue for this special service. Other rituals include a reading of medieval poems, piyyutim, and the Book of Ruth, which is a story of a woman converting to the Jewish faith during the time of the grain harvest. Additionally, The Psalms of Praise (Hallel) is recited, and the memorial service (Yizkor) is observed.

While most observations of the holiday take place in the synagogue with the community, there are some traditions for the home. Traditionally, people eat dairy foods during this time. Blintzes, cheesecake, and a special dumpling called a kreplach taking center stage of the menu. Some scholars believe the reason for this tradition dates back to a phrase of scripture in Exodus where “land flowing with milk and honey” is promised to the Israelites. Other scholars trace the menu back to ancient spring harvest festivals that traditionally featured seasonal dairy dishes.

While Shavuot is known by many names, Feast of the Harvest, the Festival of Weeks, and the Festival of the First Fruits, it is a profoundly significant holiday that celebrates the anniversary of receiving the Torah at Mount Sinai.