Catch Some Zzz's with Dream Catchers 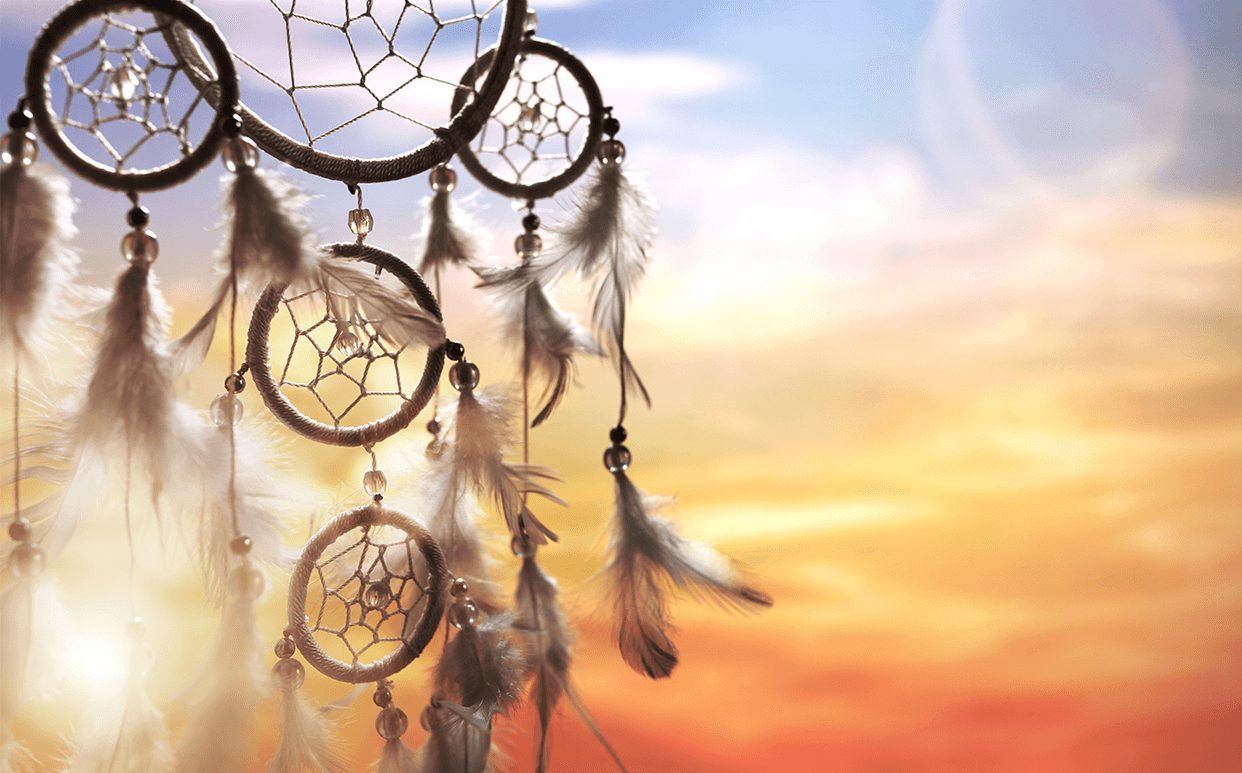 In all likelihood, you already know what dream catchers look like. But do you know what their purpose is? Find out how they function and what they can do for you!

On occasion, arrowheads, beads, and gemstones may also be included, although these are considered modern additions to the original. Environmental protection laws prohibit the buying and selling of some types of feathers, particularly those of tribally significant yet endangered species like the bald eagle.

The shape and intention behind dream catchers both stem from Asibaikaashi, the Spider-Woman whom they believe to lovingly look after them. Legend dictates a grandmother protected a special spider from being killed by her grandson. In return for her kindness, the spider provided the tribe with safety from dark spirits during sleep as a token of gratitude.

When the Ojibwe population grew and migrated away from one central location in the Great Plains, it became harder for her to oversee the tribes dreams and ensure their happiness. Dream catchers came into being as a means of carrying the symbol of Spider-Woman with them wherever they may roam.

Therefore, the interior design of the dream catcher mimics a spider web while the circular shape constitutes the circle of life and the cycles of waking and sleeping. This handwoven web catches negative dreams and nightmares but allows positive dreams to flow through the hole in the middle.

After passing through the awesome sifting power of the web, only the pleasant dreams enter through the center and trickle down the hanging strands beneath. The downward pathways in which the good dreams travel into the person who is sleeping are bedecked with sacred objects.

Usually, there are four tendrils tied to the circular ring around the web. These symbolize the directions of north, south, east, and west to allow Spider-Woman to find the dream catcher and to connect to those members of the tribe who are elsewhere.

If you are wondering where to hang dream catchers in your home to fully benefit from their power, look to the Ojibwe. They fashioned a single dream catcher directly above the family's communal sleeping quarters.

Remember, in the past, these Native Americans did not live in square spaces and in separate rooms as one another. Modern thinking permits hanging your dream catcher on the wall above the pillow which you sleep on while in bed. This will not protect the whole house, however. You will need one per sleeping quarters for everyone else in your dwelling to safeguard the entire residence.

All in all, dream catchers are useful and practical tools when it comes to getting a good night's sleep. They hold a magnitude of defense against night terrors. So, tuck yourself in, snuggle up, and rest easy using the bad dream deterring properties of dream catchers.