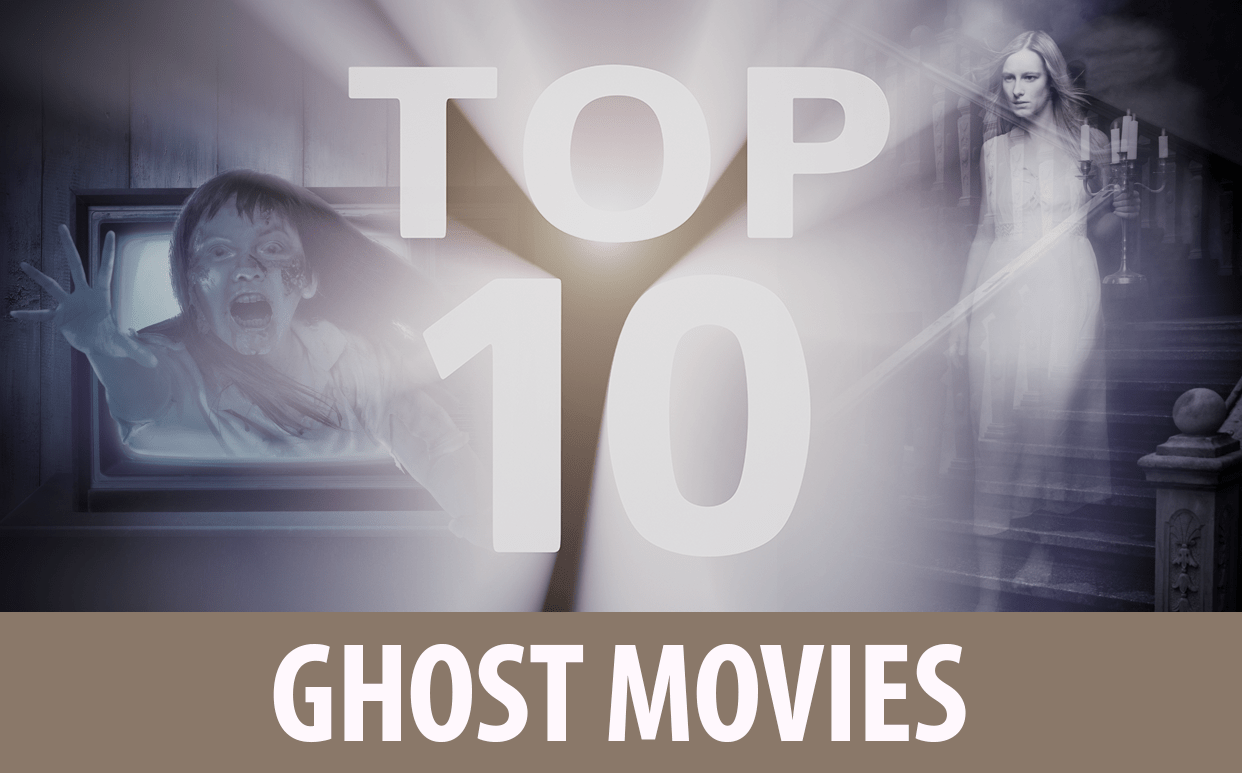 We all have our personal experiences with the beyond. Whether we’ve seen ghosts, felt their presence, or have communicated with them—ghosts remain an essential part of every culture across the world. Here are the top ten movies with memorable ghosts and ghost stories... if you dare to see them all.

Ghost films don’t always have to be for adults! In this children’s classic, a friendly child ghost innocently haunts his old home when he befriends the daughter of a ghost specialist that now resides there. Their relationship gets more complicated when they have to avoid the ghostly antics of Casper’s uncles who also haunt the mansion.

Living an isolated existence in post-WWII England, a controlling and religious mother is convinced both her children and servants are playing tricks on her when doors are opening on their own and mysterious noises fill their empty house. After experiencing several chilling visions that are obviously not a trick, she understands that something more supernatural is afoot.

When a doctor’s wife complains of seeing a young woman’s face and hearing mysterious voices, he dismisses her experiences as delusions. When the truth is revealed about the nature of the haunting, they quickly realize this young ghost is seeking revenge on their seemingly perfect marriage.

After newlyweds become new ghosts, they must make sense of the afterlife. Not ready to spend eternity haunting the house they just bought together and its new tenants, they must evoke Beetlejuice to help them cross back over to the land of the living. His help, though, ends up causing more harm than good for all—living and dead—involved.

This film might be an obvious choice, but it remains a classic ghost film. After a man is murdered because of a shady business deal, he is doomed to roam the earth as a powerless spirit while his partner is left behind utterly heartbroken. Using the help of a psychic, he does all he can to protect her—from beyond the grave.

After a group of professors at a New York University lose their jobs, they decide to team up and rid the city of its supernatural baggage. When they uncover a gateway to another realm, they bite off a little more than they can chew in this classic comedy/fantasy franchise.

Perhaps one of the most infamous real-life hauntings in recent American history, the film adaptation of The Amityville Horror does not skirt on thrills and chills. When a young couple and their family reveal the dark secret behind their dream house’s cheap price tag, they find themselves battling demons, ghosts, and maybe even the devil himself.

We all remember the film’s infamous line, “I see dead people,” which made The Sixth Sense an instant classic ghost film. When a child complains of seeing ghosts who all seem to want his help, a psychologist attempts to get to the bottom of the child’s special gift. What he reveals, however, is a secret he was not quite prepared for.

The film that may have caused some to throw away their TV set, Poltergeist gives audiences a chilling mixture of ghosts, spirits, and demons. When a family’s youngest child goes missing after strange communications with spirits through their TV, they must consult the help of a parapsychologist and exorcist before it’s too late.

Considered one of the most disturbing psychological thrillers of our time, The Shining still haunts audiences today. A struggling writer and his family occupy an empty and isolated hotel in an attempt to cure his writer’s block. The spirits that are already checked-in, however, have different plans for them during their stay.

Whether they are good-natured, seeking revenge, or straight-up evil, these top ten ghost movies will ignite your imagination about the beyond.