Angels and Spirits in Art 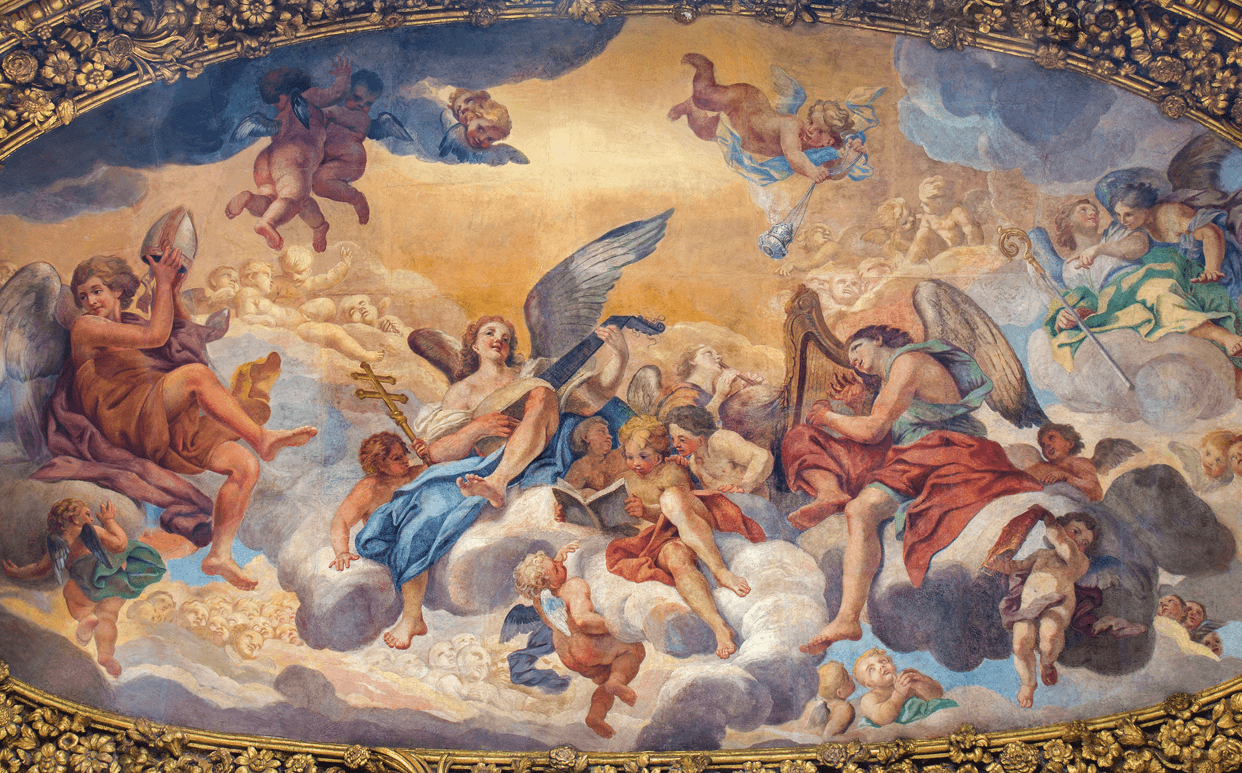 Winged beings and ghostly apparitions make fantastic fodder for artists from all mediums, so surprisingly this choice in subject matter has resulted in similar visual representations through art since pre-history.

From then until now, angels and spirits ooze inspiration to creative people all over the globe from fashion designers to fountain sculptors to classic Renaissance painters.

Art depicting angels and spirits can be found generously peppered throughout the last few thousand years of human existence, and yet more rarely they have been dated to reach back even further still.

The angel and spirit art found not long ago was ancient enough to be painted in a cave. Grotte Chauvet is a cave structure in France which is home to priceless prehistoric works of art – one of which is documented and verified as being a human with angel wings.

Cave painting is a far cry from the enormous, civilized and elegant architecture of the Sistine Chapel, home to another painting synonymous with angel and spirit art. The massive mural painted by master artist Michelangelo, from lying on his back on a wooden scaffold, contains over forty angels in the Last Judgment panel.

Most other artworks contain much fewer individual angels and spirits, so the sheer scale and numbers accounted for in this iconic work of art is largely unmatched in a single piece of artwork, even to this day.

What is fascinating about these otherworldly subject matters in art, and particularly in regards to angels, is the distinctly and largely unchanged appearance of these flying beings.

Stylized interpretations of the time in which the work of art was created certainly plays its part in the aesthetic choices of the artist. Yet, no matter what era of robe the angel dons, they are still just as recognizable as an angel today as they were when first painted.

For instance, in recent pop culture winged t-shirt designs have been flying off the shelf for many years now, and a major lingerie store has used the angel image to appeal to the ethereal fantasy of angels, one which has captured people’s imaginations for centuries.

All at once: beautiful, powerful, majestic, curious, innocent and musically inclined, these nearly human forms can hover and fly, creating a multi-leveled look to many artworks which may have been unbalanced or off kilter without these ascending beings counterbalancing the weight of the crowded floors or ground and making a more pleasing artistic composition.

See-through, translucent, transparent and shimmery apparitions pose an even tougher artistic challenge than creating realistic looking feathered, floating angels. After all, spirits take great care not to be seen or provide evidence of themselves.

For instance, one of the most well known angel-themed works of art, The Two Angels by Raphael presents the audience with two adorable, childlike, cherubic angels resting together, perhaps slightly bored. Other than the lifelike wings, this could pass for a straight portrait piece.

When compared to the creativity shown and amount of intrigue created by The Water Ghost by 20th century artist Alfred Kubin, it is easier to learn why spirits are less recognizable, as they are less universal and more personal in nature.

Without a clear-cut title, artist’s statement or other pertinent information, this macabre water-borne spirit’s form could be mistaken for many other types of supernatural or paranormal entities or perhaps even to represent a dark memory or trauma in the psyche.